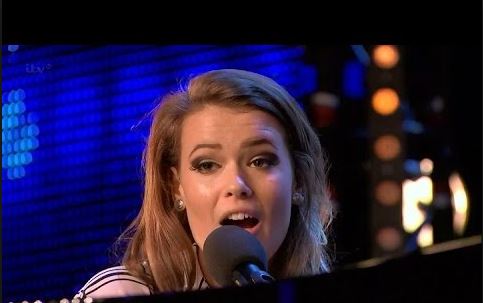 When it comes to discussing hair loss in general conversation, many people often assume that alopecia is the cause, especially among women. However, few understand that there are in fact several different types of the condition, each with their own causes and symptoms.

This weekend, 18-year-old singer Ella Shaw wowed the nation with her vocal talents on Britain’s Got Talent. The fledgling star sang her heart out to a self-penned tune and sailed through to the next round of the competition. However, it was later revealed that the teenager had battled stress-induced alopecia aged just 11, leaving her confidence in tatters.

Although Ella didn’t go into detail about her condition, it’s likely that she had alopecia areata, which causes patches of baldness about the size of a large coin. While it can occur at any age, it’s most commonly seen among teenagers and young adults, with stress being a key factor in its onset.

One unfounded myth surrounding this form of alopecia is that the person will struggle to regain normal hair growth. However, this is not the case – most people will start to see fine, white hairs within a few months, which eventually thicken and return to normal colour.

And, it’s safe to say that Ella is possibly the best advert for this, as she donned a full head of locks during her audition on Saturday night.

While we can very rarely carry out a hair restoration procedure on those suffering from areata alopecia, we often treat patients who have what’s known as traction alopecia. This form of the condition is primarily caused by force being applied to the hair. This could be through the person frequently wearing tight ponytails, braids or hair extensions, causing damage to the hair follicle so that it ceases to produce hair.

Surgery can often repair this damage, but we advise patients to put less stress on their hair if they want to maintain their new look.

Other forms of alopecia include scarring alopecia – usually caused by deep scarring in the skin – and anagen effluvium – most commonly associated with cancer treatment. The most common form of hair loss however is male and female pattern loss associated with hormones and genetics.

Of course, every case is different from the next, so it’d be wrong to make a sweeping statement about all forms of alopecia and the reasons behind them. If you think you might be suffering from the condition, the first step is to consult your GP, dermatologist or local trichologist, who can advise you on what your most appropriate course of action should be.

Alternatively, read about hair loss and the various causes on our website at: http://farjo.net/about-hair-loss, before arranging a consultation with us.