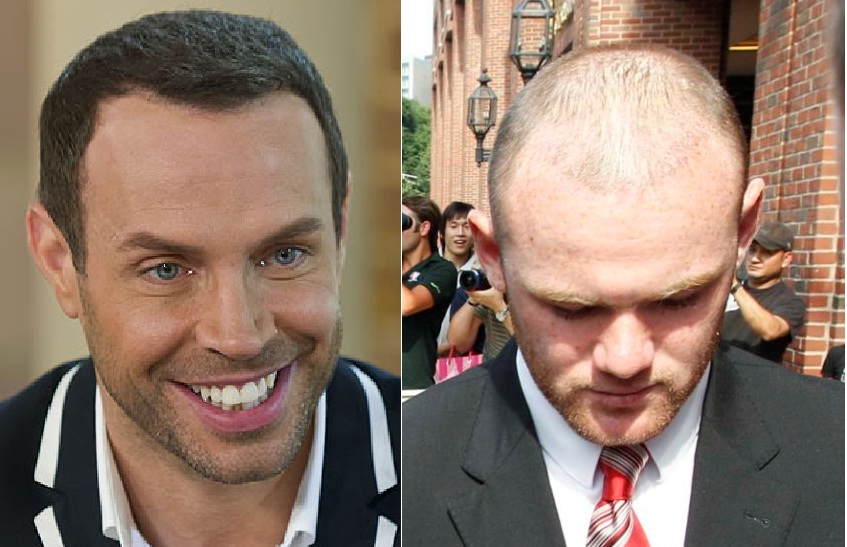 The recent criticism surrounding celebrity hair transplants has brought up a few questions and I’d like to take the opportunity to set the record straight. Some of the media has a tendency to sensationalise stories to ‘make’ news, but this could be detrimental to anyone considering surgery.

Firstly I wanted to talk about Jason Gardiner. I’m sure you’ll agree his surgery looks good, and very natural. However, a couple of images – printed recently in the Daily Mail – have shown thinning on his crown, leading to some individuals labelling his surgery as a failure.

Considering the size of the area of his original hair loss, it would be likely that Jason’s surgeon used the grafts to cover the front two thirds of his scalp. If they were to have spread the grafts to include the crown they would’ve risked diluting the effect, ending up with a thin looking result.

Pictures of Jason’s crown looking dense after his surgery will likely have been due to the fact that he was using a camouflage product, such as Nanogen’s Nanofibres or Mane spray. These products are commonly used by make-up artists in the TV and film industry. It’s possible for him to gain coverage in the crown area but that’d require at least one more transplant.

Secondly there’s Wayne Rooney, who’s also come under scrutiny for having an ‘unsuccessful’ transplant. What the press is showing – and labelling as a failure – are images of the period of rest for the transplanted follicles, which may have broken off or even fallen out.

What’s important is that the roots stay inside the skin and will be working on brand new hairs that will start to sprout around four months after surgery. A proper result can take
as long as 10-14 months to fully mature.

Wayne may elect to have more surgery in the future because he may desire even more density in the same area. However, the more likely reason that he would have more surgery is if he loses more of his original hair, which could result in new areas of loss.

There will be a limit to how far Wayne Rooney can chase the loss, depending on the severity his baldness gets to. This is the primary reason why caution needs to be exercised in younger men and, if possible, managed with medications first to control their loss before they even contemplate surgery.

A lot of patients are very anxious about this issue and insist on surgery at an early age. This is where proper advice and counselling comes in and responsible surgeons should advise patients properly on the best cause of action for their hair loss.