It is officially football season & all eyes are on the players to deliver results & score goal after goal.

Signing in 2014 to Burnley FC; Ashley Barnes has always been in the spotlight for his footballing skills scoring the killer goal that took the team from League one to Championship, then again the following season taking them from Championship to Premiership.

However, it is his fabulous physical transformation which is stealing the limelight this time. After years of struggling with hair loss, Ashley decided to see the Farjo Hair Institute regarding the problems he was facing with his hair loss.

We first met Ashley two years prior to having his surgery this year and at the time, was put on a course of treatment as recommended by the Farjo doctors, which significantly slowed down Ashley’s ongoing hair loss and helped prepare his hair for the transplant surgery.

This was an important step on the road to his hair transplant, as surgery is not a quick fix. In fact, this brings to the fore an issue that is not just particular to Ashley’s case, but also to many other young men,  and that is the issue of young age limit and carrying out responsible surgery.

A major factor in carrying out hair transplants at the right age, is ensuring the stability of the hair loss condition and being able to determine the pattern of future baldness, so that the surgeon can ensure that the appropriate procedure and course of treatment is given to the individual candidate.

At a young age, it is difficult to establish the candidate’s “permanent zone” and the pattern of future baldness. In simple terms, this means you run the risk of having the ‘donor’ hair being extracted from an “unsafe donor zone” that may be destined to eventually fall out.  Because of this, the hair may not stay in place when the transplant has been completed & the area will thin out again, rendering the procedure pointless.

Through stabilizing his hair loss over the course of two years, Ashley had the time to seriously consider his options & after taking everything into consideration he was finally at the correct age and hair loss stage, where the procedure is appropriate for him.

Discussing his first thoughts about hair loss, Ashley stated; “I got a bit of banter from the lads… It never phased me before, but when you see yourself get highlighted on Match of the Day you get picked out for a certain something then you get a little bit like “oh! is my hair really going!”

This in turn spurned the footballer on and Ashley is over the moon with his hair transplant & will hopefully be seen making headlines not only on the pitch but now off it too, thanks to the team at FARJO Hair Institute.

For years, hair loss has been a taboo that not only sports stars but men in general have kept extremely quiet about. Nowadays, this issue is becoming more acceptable to talk about in the public eye than ever before with other players such as Wayne Rooney, Micky Gray and David Platt (the latter two also recently treated at Farjo) opening up & talking about it.

If you want to book yourself in for consultation, please call us on 08453 132 131 or post details on our Consultation page 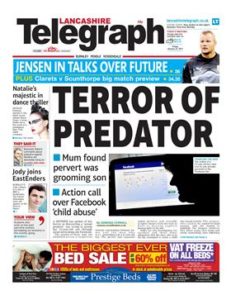