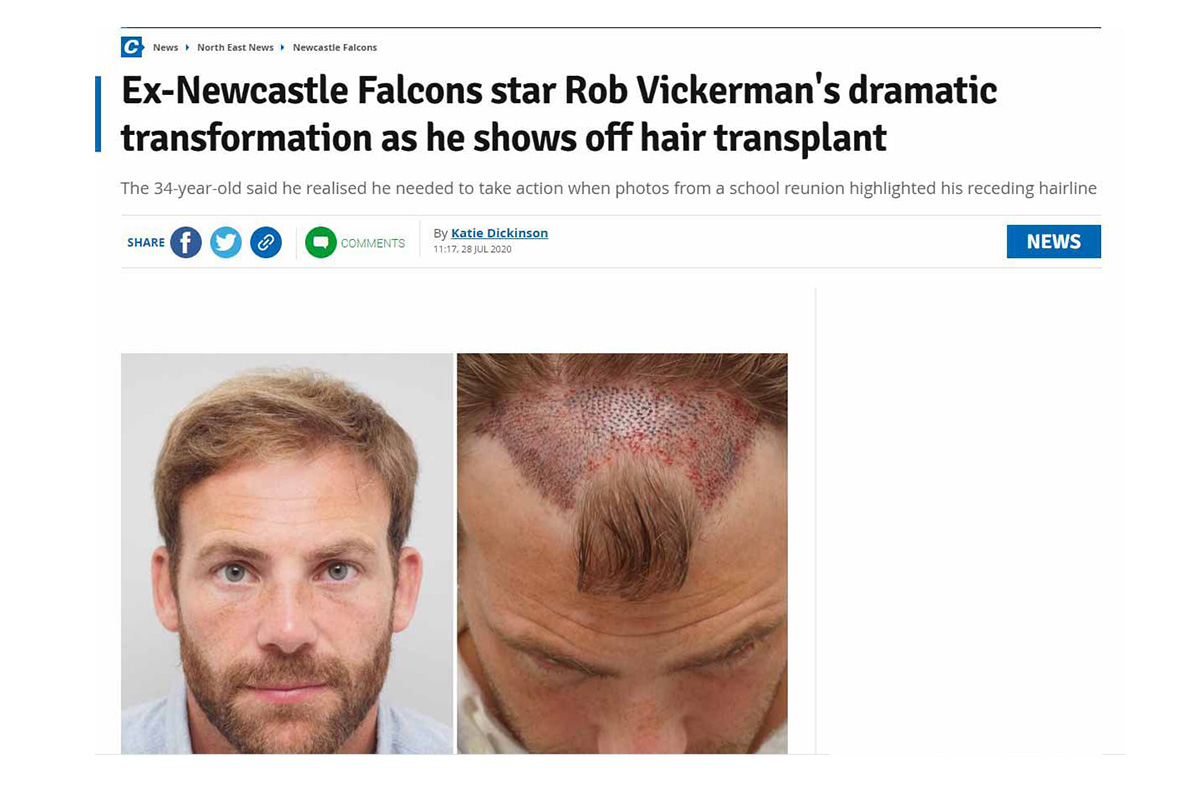 Former Newcastle Falcons rugby star Rob Vickerman has revealed how losing his hair made him feel vulnerable as he showed off his new hair transplant.

The 34-year-old said he realised he needed to take action when photos from a school reunion highlighted his receding hairline. Ex-England Sevens captain Rob retired from playing five years ago and has since become a television commentator and pundit.

Rob’s hair surgery was carried out by Dr Greg Williams at the Farjo Hair Institute in London’s Harley Street.