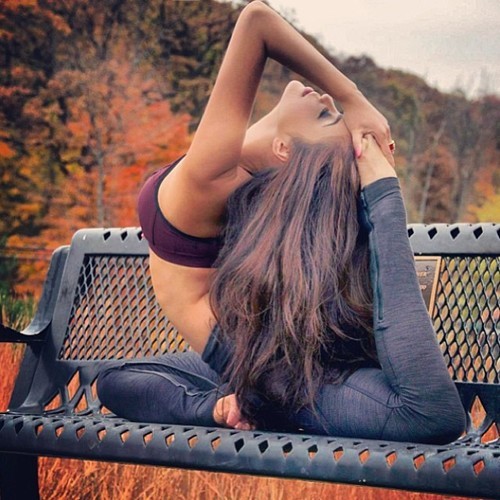 Yoga is an ancient practice that’s believed to have originated from Buddhists. It’s a firm favourite with supermodels and elite athletes due to its toning and healing qualities. In addition to these benefits, practising yoga on a regular basis has been dubbed as a surprisingly effective way of helping to prevent hair loss.

Stress is a well-known cause of hair loss and yoga classes involve techniques which help to relieve nervous tension, such as meditation and deep breathing. By reducing stress and anxiety, some believe the practice could be capable of stimulating hair re-growth, controlling premature greying, and revitalising dull and lifeless hair.

Another way in which some believe yoga has the potential to fight against hair loss is by increasing blood circulation to the scalp.

Sorry to shake your chakras guys, but sadly, there’s no scientific truth to this. Hair loss isn’t caused by a lack of blood flow, but the stimulation of the scalp’s hormone receptors by the DHT hormone.

As such, I wouldn’t go as far to say that yoga could halt, or even slow down hair loss. However, due to its stress-busting benefits, it does have the potential to help with the latter.

Stress can be a contributing factor to hair loss, so there is a method in the meditation! And even if not for the follicles, it’s good for the mind body and soul. Time to take a deep breath and relax!

Previous post Is An Arthritis Drug The Answer To Alopecia?
Next post Dr Farjo quoted in Daily Mail on hair transplant surgery