Home » Blog » Female Celebrities Who Have Suffered From Hair Loss 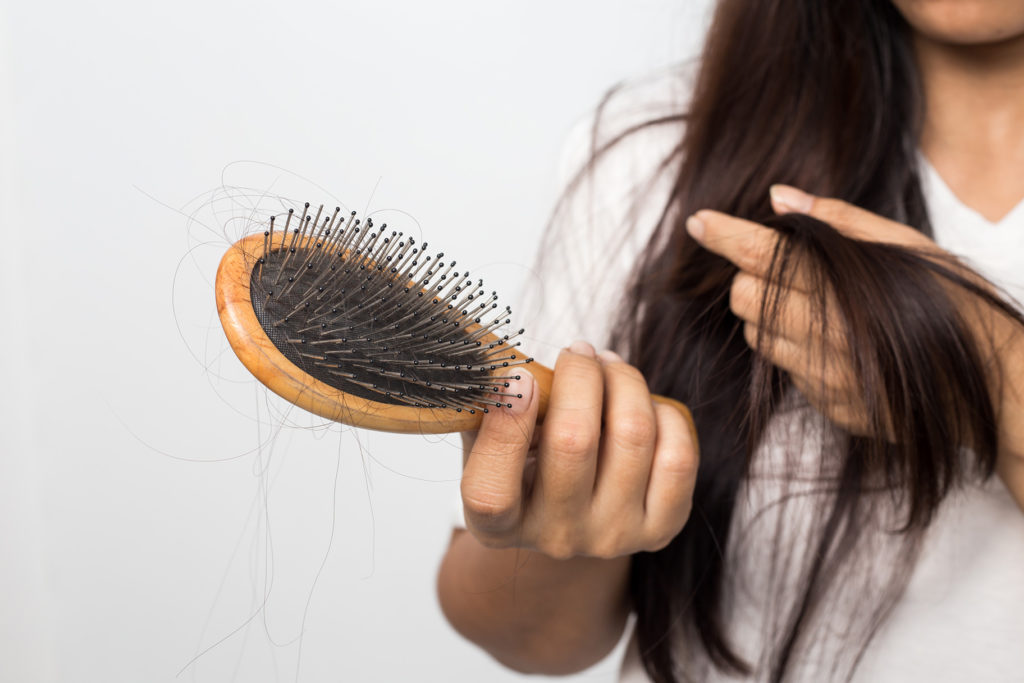 Female Celebrities Who Have Suffered From Hair Loss

When people think of ‘hair loss’, they often mistakenly categorise it as something only men struggle with, when in fact, it affects both sexes. Here we discuss well known female celebrities that have shared their struggles with hair loss.

The NHS has estimated that 8 million women in the UK experience hair loss by the age of 50, which is medically referred to as alopecia. Although commonly that is also the term the public mistakenly use for the condition of alopecia areata.

The reasons can range from genetics and postpartum hormone changes, to simply just the process of ageing. Any changes to the body that creates excessive stress can result in the body needing to work harder, meaning it neglects some of its other functions – like hair growth.

The issue of female hair loss is slowly coming to the fore. This has been spurred on by the fact so many famous faces are now speaking out about their personal struggles with hair loss.

Here are just a few of the many female celebrities that have opened up about their hair loss.

American TV personality and model Tyra Banks reported experiencing hair loss in 2011 while writing her book ‘Modelland’. She said it was caused by her stress levels reaching their peak and admitted “chilling for me was eating a meal. I couldn’t just look at the ocean. In hindsight that wasn’t healthy.”

British actress Keira Knightley’s hair loss has been said to be down to many years of dying it for movie roles. Knightley told InStyle UK: “I have dyed my hair virtually every colour imaginable for different films. It got so bad that my hair literally began to fall out of my head. So, for the past five years, I’ve used wigs, which is the greatest thing that’s ever happened to my hair.”

Lea Michele, most well known for her role on the TV show Glee, opened up on Instagram earlier this year about her postpartum hair loss, following the birth of her first child, Ever Leo. She shared a photo of a clump of hair with the caption, ‘The postpartum hair loss is REAL. Enjoying this long hair while it lasts because the mom bob is right around the corner.’

Sex in the City star, Kristin Davis, has spoken out about the hair loss she experienced after shooting the final season of the popular hit show. The star has said one day she just realised her hair was no longer what it used to be, admitting: “It was very fine, like it had gone away, there just was hardly any hair there.”

The model experienced significant hair loss due to rough handling and the use of extensions and weaves. She revealed to the Evening Standard, that she had ‘lost all of it’ which prompted her to become more careful and caring towards her hair. Thankfully this change enabled her to grow most of her bald spots back.

Former Little Mix singer, Jesy Nelson, began experiencing hair loss when she was just 13 years old and was bullied at school due to her noticeable bald spots.

The star has said: “I was probably about 13 when my hair started coming out. Stress can cause alopecia, and it wasn’t nice. I’ve always been picked on anyway because I’ve always liked to dress differently. I’ve never really wanted to fit in with everyone else.”

Fashion guru, Tinny, took to Instagram back in April to share her dramatic hair loss, which she believes was a result of having coronavirus. Confirming she had seen her GP about her problem, Trinny’s doctor said it hadn’t been uncommon to see more and more patients suffering from hair loss around the 90-day mark following a COVID-19 diagnosis.

Following her own experience of hair loss, Trinny started a video series in which she spoke with a variety of hair experts about the issue. Trinny’s first guest was our very own Dr Greg Williams, who spoke at length on female hair loss and the various treatments available as part of a special Facebook Live, which you can view online here https://www.facebook.com/TrinnyWoodall/videos/1345255229173025/

If you are concerned about your own hair loss, why not get in touch with our team to find out how we can help?

Previous post What Is Hair Follicle Banking and Is It for Me?
Next post The 10 Questions to Always Ask Your Surgeon