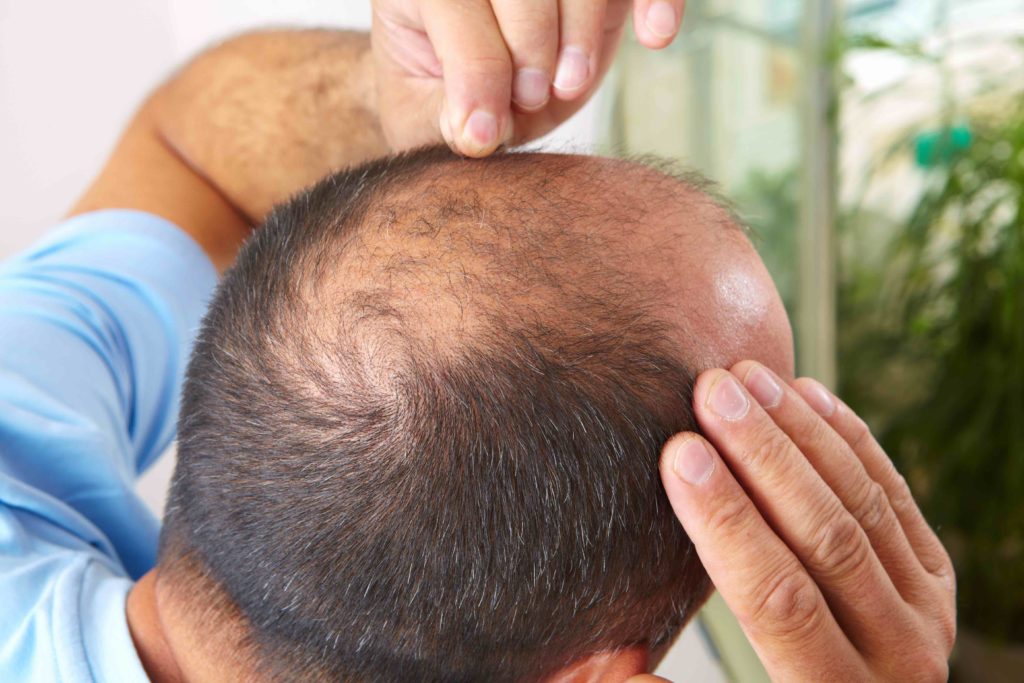 How often have you been told that if you’d like an idea of how your hair might end up looking in future, that you should take a look at your mother’s side of the family? It’s a very common misconception that the genes for pattern baldness are passed down from the mother’s side – hair loss can actually be linked to genes from both parents.

Pattern baldness is caused by a sensitivity to dihydrotestosterone (DHT), an androgen (sex hormone) that causes the hair follicles to shrink. The androgen receptor gene is behind the receptor on your hair follicles that interacts with the DHT – and if your receptors are particularly sensitive, it can cause hair loss. Now, this gene is found on the X chromosome – the female chromosome – which is why it’s assumed that it’s passed down through the mother’s side.

There are, in fact, around 200 genes that are involved in regulating hair growth, meaning that DNA does play a big part in pattern baldness, but it’s not just down to one specific balding gene. That’s not to say that if your parents are a little thin on top that you will definitely be, too, but it can be suggestive of your predisposition to future hair loss.

There’s no definitive age when male pattern baldness will start creeping in – even if your father’s hairline started receding at 20, it doesn’t mean that yours will necessarily follow suit – but around a third of men will experience some hair loss in their thirties, creeping up by around ten per cent for each decade. Hair loss can be extremely gradual, but the biggest giveaway of pattern baldness is a receding hairline and thinning temples.

Of course, you can’t change your genes, but if you do start to notice significant hair loss, it doesn’t mean that you can’t do something about it. There’s no cure for pattern baldness, but it can be managed successfully in many people. Medications such as Propecia, a medicine that arrests further hair loss and strengthens existing hair, and Regaine, a topical treatment that stimulates hair growth, can both be highly effective, as can other non-surgical treatments like low-level laser therapy and platelet-rich plasma (PRP) therapy.

If your hair loss looks set to be significant and you’d like a permanent solution, a hair transplant could be for you – we don’t recommend them in younger men, as the hair loss should be more established to ensure the best possible results, but it can be a very effective treatment for those with pattern baldness.

We may not be able to predict what the future holds for our hair, but we can help restore it to its former glory! If it’s something you’ve been considering, why not book in for a free consultation?