Home » Blog » News: Is it safe to use Minoxidil to grow a beard? 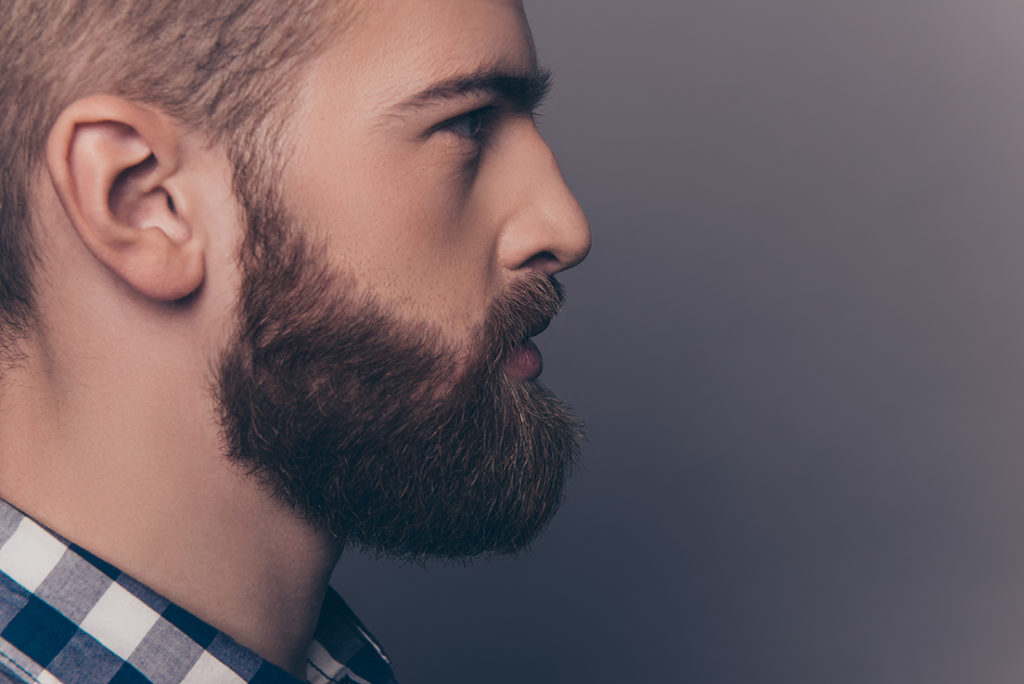 News: Is it safe to use Minoxidil to grow a beard?

The full beard trend has been in vogue for a few years now, but for men who struggle to achieve the coveted look, there’s no quick-fix solution to achieve it – which is why thousands have been taking the drastic step of using Minoxidil on their faces to try and grow a beard.

The over-the-counter medication – known as Regaine in the UK – has been used for quite some time as a treatment for male pattern baldness. It was discovered by accident, back in the 1970s, by researchers who were trialling a drug for high blood pressure but found that excessive hair growth was a side effect. It encourages the flow of blood to the hair follicles, creating more cells at the root of the hair and widening the hair follicle, stimulating hair growth.

However, as part of the new trend, men as young as 16 are buying the medication online and applying it directly to their faces. Facebook groups have been popping up dedicated to the practice, flooded with men sharing stories and encouraging each other to stick with it. One user, who founded the group The Minox Beard Spot, even created a YouTube video documenting his journey, which has garnered millions of views.

If you naturally can’t grow a beard, Minoxidil isn’t likely going to do anything – in the same way that if you applied it on a bald head, not much would happen. It’s not a miracle cure; it makes the existing hairs stay in the growth phase for longer, giving the impression of thicker hair, and maintaining the condition of the current hair.

For men with immature beards, using the medication could make it look fuller, but as soon as you stop taking the drug it will start to shed – Minoxidil is a lifetime commitment.

So, what’s the problem with using Minoxidil on the face? As mentioned, it was initially conceived as a vasodilator, meant to treat patients with high blood pressure. If you have normal blood pressure and over-apply the medication, it can reduce your blood pressure further – as your heart won’t be pumping enough blood around your body, it can lead to dizzy spells and fainting.

It’s also an irritant to the skin, causing an allergy-like reaction in some people with redness and itchiness, or a dry, whitish deposit on the skin – which is easy enough to disguise on the scalp, but much harder to hide when it’s on the face. There haven’t been published or peer reviewed clinical trials on using it on the face, so there are no guarantees of how you will react to it.

If you aren’t happy with your beard, a beard transplant is the only long term solution, and it doesn’t require daily maintenance other than grooming! If you’d like to find out more about it, get in touch with our team.

Previous post Everything you need to know about eyebrow transplants
Next post Can a bad hair transplant be fixed?