Home » Blog » Can a bad hair transplant be fixed? 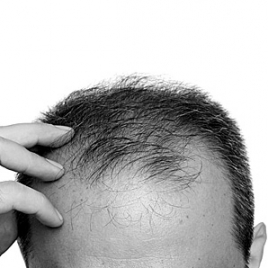 Can a bad hair transplant be fixed?

Hair plugs were widely used until they were replaced by newer transplant techniques in the 1990s. The technique involves small, circular pieces of tissue – each containing 20 or more hairs – being removed from the back of the scalp using a punch tool. Slightly smaller circular sections would then be cut out of the balding areas of the scalp, before the hair plugs were transplanted into the holes.

There were several flaws with this technique. For a start, when the plugs of hair were removed from the back of the head, the patient would often be left with tell-tale circular scars. Worse still, the hair plugs would grow in an unnatural pattern, often clustered together in bunches, not unlike dolls’ hair.

The controversial scalp reduction technique has also fallen out of favour, where the balding section of scalp is cut out, before the surrounding scalp is pulled over the cut out section and stitched together. In the past, it was used when potential hair transplant patients didn’t have enough donor hair, but as it doesn’t actually put a stop to hair loss, patients would find that the balding would keep progressing in other areas of the scalp. It also commonly led to scarring and an unnatural hairline.

In some cases, bad hair transplants are caused by poor physician skill, rather than outdated techniques. For example, if the transplanted hairs aren’t placed correctly, they may end up growing in the wrong direction. Another example is giving the patient an inappropriate hairline design either in terms of nature, patient age or how it will fit in case of ongoing future hair loss. Hair transplant tourism – where patients go abroad for cut-price surgery, often to unlicensed and unregulated clinics – has become increasingly popular in recent years, despite the horror stories of botched hair transplants often hitting the headlines.

So, this brings us to the question – can a bad hair transplant be fixed?

Ultimately, it depends on the patient and the issues they are presenting with. Larger hair plugs can be removed and dissected into individual follicular units, which can then be transplanted back into the scalp in a far more natural pattern. Additional grafts can also be transplanted in the area if necessary.

If scarring is a concern, depending on the level of scarring, it’s possible for it to be camouflaged to improve the appearance. As FUE surgery is only minimally invasive, if there is adequate blood supply to the scar, hair follicles can be implanted into the scarring itself. In some instances, larger scars can be excised from the scalp, before the area is closed.

Of course, as no two cases are the same, we’d need to assess a patient that was looking to reverse the damage caused by a transplant gone wrong – so if you’d like to find out what we can do to help you, book in for a consultation.

Previous post News: Is it safe to use Minoxidil to grow a beard?
Next post Dealing with post-natal hair loss