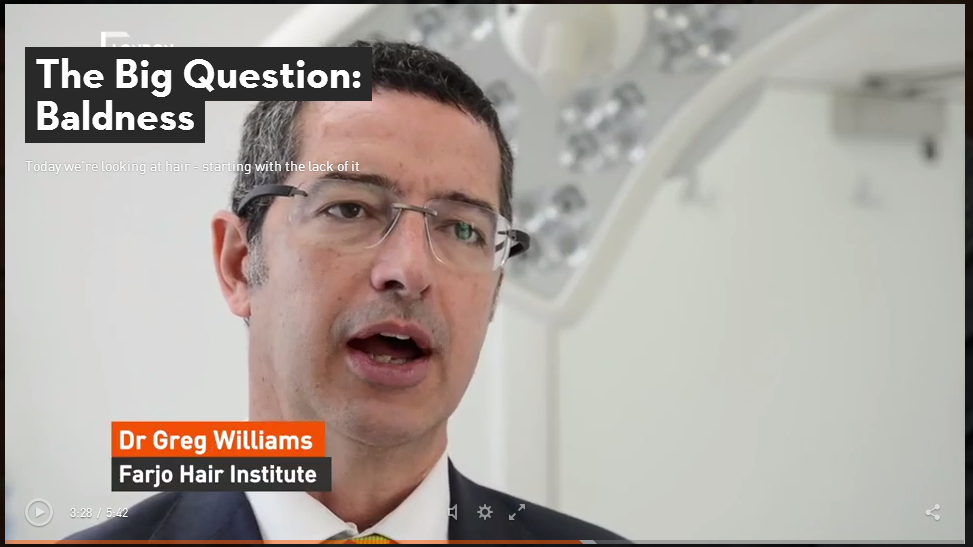 Those of you who live in London might have seen me on the capital’s new television station, London Live, in May.

I was being interviewed on the subject of confidence – a concept which usually goes hand-in-hand with conversations about hair transplantation.

It’s rare that a patient won’t mention confidence when discussing his or her hair loss. For some, it’s one of the first things they mention to me and can be their main motivator for treatment, or for others, it’s simply a bonus effect of the procedure that reveals itself once their results are visible. Regardless, a renewed sense of self-assurance almost always results from surgery, adding an extra spring to the step of my patients.

What I’ve come to realise over the years is that a change in appearance and confidence are intrinsically linked. Some find that their self-belief dwindles with what they perceive as a negative body change. Just as gaining weight can make people think differently of themselves, the same is true with hair loss.

For some men, losing their hair is no big deal. But for others, it can change their perception of themselves. Men can often see hair loss as the first sign of ageing – and an acknowledgement that they won’t be 21 forever, no matter how much they might feel it! For women, hair loss can be emotionally devastating and its debilitating effect on self-confidence can’t be overestimated.

Just as losing weight can put the smile back on people’s face, so too can rectifying hair loss. There is no greater reward than to see patients smile when they compare their pre-operative photos with their new look and to watch them walk away knowing that I have been able to make them feel better about themselves.