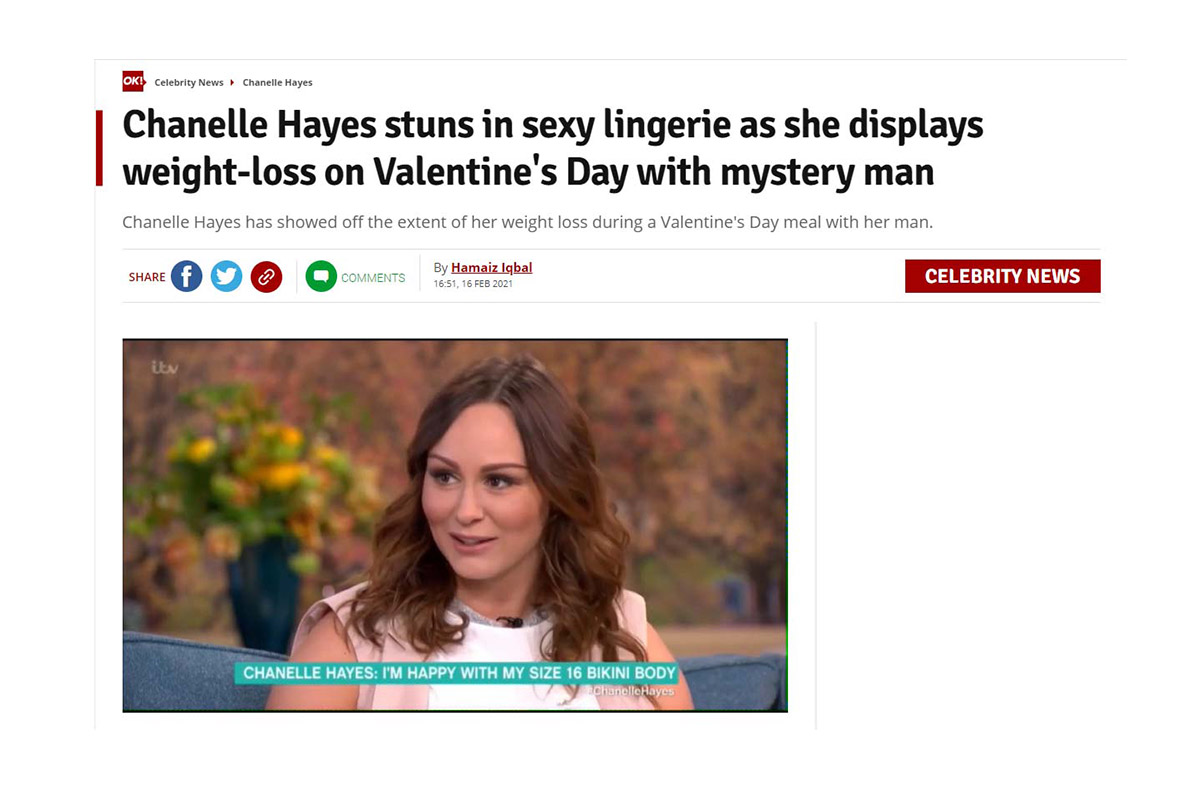 Valentine’s Day saw many couples show how much they love one another, and one person who pulled out all the stops for her other half was Chanelle Hayes. The mum-of-two, who previously addressed pregnancy speculation, shared a series of pictures on Instagram of the special day.

Chanelle’s weight loss comes after years of yo-yo dieting. This left her hair “thin and horrendous” resulting in her having a hair transplant last year. Her surgeon Dr Bessam Farjo spoke to new magazine in March 2020 about the procedure. He said: “Chanelle’s old hairline was something that had been playing on her mind for a long time”.

“She thought of it as quite masculine”. When the procedure was over she was elated – and relieved – because she could see what the future holds. “Her original hairline was quite high, so she had a high-ish forehead, which is why she was self-conscious about it,” he continued.

“Not only did we fix that, but we gave her a more feminine hairline. We went for a design that can make a significant difference yet looks natural.”