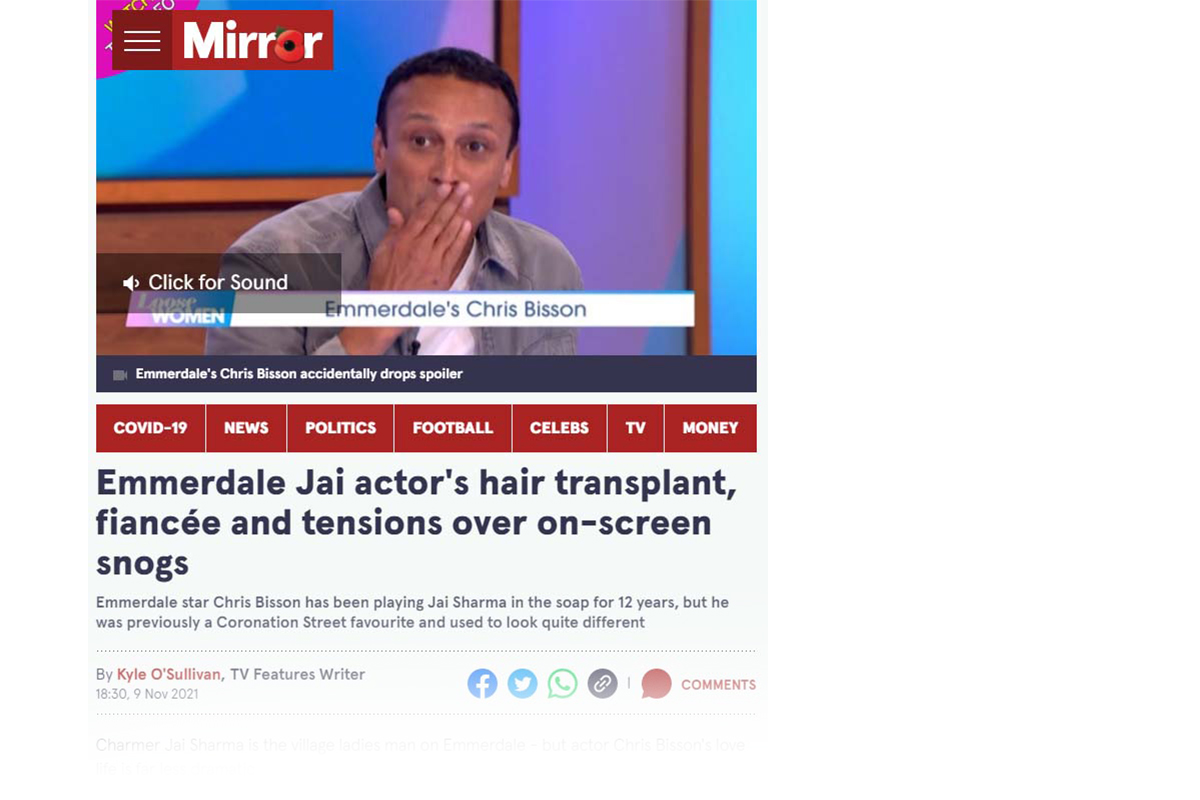 Emmerdale star Chris Bisson has been playing Jai Sharma in the soap for 12 years. He was previously a Coronation Street favourite and used to look quite different.

The 46-year-old actor is happily engaged and has two kids. They aren’t allowed to watch some of his more controversial scenes in the Dales.

Fearing he would lose work due to going bald, Chris revealed he’d had a hair transplant in June 2020.

The actor took drastic action as he was constantly worried that his thinning locks would sabotage any future screen time.

Chris has always been able to disguise the issue with the help of industry makeup and props. He eventually decided to undergo a revolutionary procedure involving 2,900 individual grafts of 6,400 hairs.

Explaining his reasons why. he told The Sun : “As soon as you start losing your hair you’re immediately cast older. It reduces the amount of parts you can play.”

As an actor, Chris is constantly looking in the mirror and seeing himself on the small screen and looking his best is a huge priority for the star.

He explained: “In real life you don’t notice your hair loss day to day, but in TV it’s different because you sit in front of a mirror and have a specific look that you need to achieve.

“But when you go into work and they are having to adjust the lighting, or make-up are having to put more powder on your head just to take the shine off, you notice.

“One day I realised that make-up were going further and further back and I thought, ‘You’re nearly powdering the top of my head’ he added.