Home » Blog » Women Get The Guts To Repair Their Hair 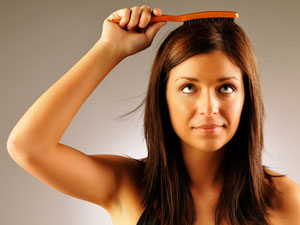 Women Get The Guts To Repair Their Hair

During my 20 years in the hair restoration field, patients from all walks of life have walked through my doors looking for a solution to their hair loss. In the past, people undergoing hair transplants have tended to keep their surgery a secret – until now.

The tide seems to have shifted and, mercifully, people are no longer shying away from talking about the procedure – much in the same way they would discuss any other popular cosmetic surgery. This shift seems to have encouraged more people to consider the treatment, with the volume of procedures performed worldwide jumping 85 per cent between 2004 and 2012.

Although traditionally men have dominated the hair restoration patient database, you may be surprised to learn that women actually make up 40 per cent of all hair loss sufferers.

Recent figures released have revealed that an increasing amount of women are turning to hair restoration surgery in a bid to address their hair loss. These figures, announced by the International Society of Hair Restoration Surgery, suggest that the number of women undergoing surgery worldwide has increased 20 per cent from 2004 to 2012 – a trend that has definitely been echoed here at Farjo.

Losing your hair can be devastating for anyone, but with hair appearing to act as the 21st century’s sign of femininity, it can be a particularly hard blow to a woman’s self esteem. With people now realising just how common female hair loss is, it appears that more women are now plucking up the courage to come forward to seek medical advice.

Initially it can be difficult to identify the reason behind hair loss in women – with conditions ranging from polycystic ovaries syndrome to alopecia areata. However, with the stigma seemingly reducing day to day, hopefully more and more women will have the courage to take steps to reversing their hair loss.