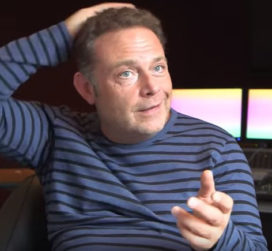 Comedian John Thomson has batted off would-be love interests who contacted him following his hair transplant.

The actor, who this week reprises his role as loveable Pete Gifford in Cold Feet, underwent a hair transplant in a bid to get his love life back on track and boost his self-confidence. And, he’s now admitted that after being approached via Twitter and Facebook, he’d prefer to meet women the old-fashioned way.

John, who had his op performed by Dr Bessam Farjo at the Manchester-based Farjo Hair Institute, told The Sun: “Fan mail is pre-opened when I receive it just in case there’s anything sensitive.

“I mean it’s very different when you’re in Aerosmith. That’s a different kind of set-up isn’t it?

“But Cold Feet’s not like that! I’ve been asked out on dates on Twitter and I’ve had phone numbers sent to me. I’ve had randoms ask me on Facebook for dates. I just don’t respond.

“It’s not in my nature and I just feel it’s probably best. I’ll say, ‘look I’m in a relationship’ and maybe sometimes I am and sometimes I’m not, just to shut the door.”

He’s now spoken of how he decided to take the plunge and book himself in for hair restoration surgery after looking in the mirror and likening himself to an ‘apprentice monk’. John also recalled the heart-stopping moment he noticed the severity of his hair loss with a photograph taken from above while he was bungee jumping in New Zealand.

Speaking of his experience with dating app Tinder, the former Fast Show star said: “People did recognise me but didn’t believe it was the real me.

“There were lots of messages from people saying, ‘You must think I’m mad.’ ‘What a joke.’ ‘You’ve got to be kidding me.’”

Dr Farjo, who has also carried out hair transplants on Celebrity Big Bother’s Shaun Wiliamson, Goodness Gracious Me and The Kumars at No. 42 actor Sanjeev Bhaskar and footballing legends such as David Platt and Michael Gray, said John isn’t in the minority when it comes to the reason why people may opt for hair restoration surgery.

Dr Farjo, who is also medical director of the Institute of Trichologists, said: “We see a lot of men – and women – who have been bothered by their genetic hair loss for many years, sometimes since their 20s, but have avoided seeking advice for fear of being judged by their friends and family.

“It’s completely understandable how a balding head can wreak havoc on an individual’s self-confidence – it’s right there for everyone to see and no amount of hair styling or preening can stop them being self-conscious about it.

“Of course, we can’t guarantee an influx of Tinder matches or invites to candlelit dinners, but hair restoration can improve an individual’s confidence and outlook on life if their hair loss is affecting self-esteem.”