Home » Blog » What role does genetics play in hair colour? 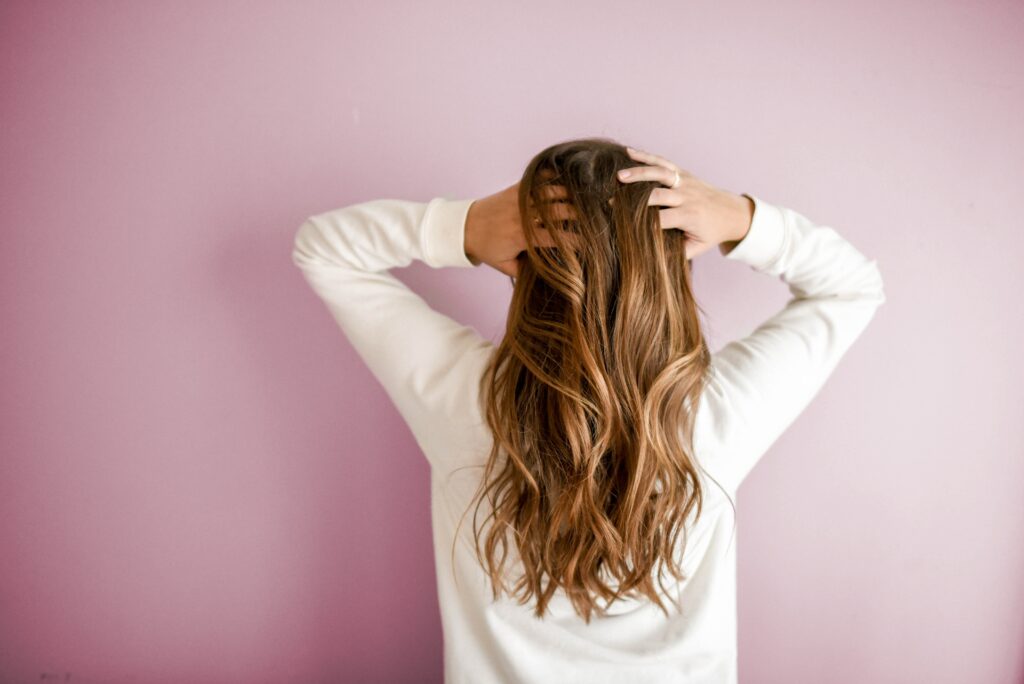 The question of hair colour is an interesting one, determined entirely by your parents’ genetic code. The science of hair genetics still isn’t completely understood, but there’s lots that we do know. Cast your mind back to your secondary school science lessons, and you may recall ‘dominant’ and ‘submissive’ genes and how these control things like our eye and hair colour.

Everybody has two copies of each of their genes — one copy from their mother, and one from their father. If the genes relating to hair colour are both the same (they both point towards brown hair, for example) then your hair will most likely be brown. But, if they are different, then the dominant gene will take precedence. And, we know that brown hair genes dominate over blonde, redhead and other colours. That means that the only way to have blonde or red hair is to have two matching recessive genes.

Globally, black is the most common hair colour, followed by brown. As well as being darker than blonde hair, both black and brown hair strands are usually thicker — and black hair thicker than brown.

It’s far less common to be a blonde and even less so to be a redhead. In fact, red hair accounts for about one per cent of the global population and is most commonly found here in the UK. And, proving that many stereotypes have a basis in fact, its prevalence in Scotland reaches as high as 13 per cent of the population — with as many as 40 per cent of Scots believed to carry the recessive redhead gene.

What makes our hair coloured?

Things start to get a bit more complex when we start to consider what actually gives our hair colour: melanocytes. Melanocytes make melanin, which is the pigment that colours our skin and hair. This pigment colours our hair at the root, using a combination of colours that will be unique to you.

Melanocytes are far more complicated than dominant and recessive genes. They rely on a host of genes working together to produce a colour mix, which explains why siblings might both have brown hair but in differing shades.

Melanin is the key to retaining hair colour and it explains why our hair often changes colour as we age. Most people, particularly blondes, will find that their hair darkens as they get older. This is because of hormone changes impacting the way melanin is produced.

And with age, melanocytes can start dying — creating grey hair, because the hair no longer has any melanin pigment.

What else impacts hair colour?

Aside from artificial dye, there are a few other natural occurrences that can impact the colour of a person’s hair, such as:

The team here at Farjo has done extensive research into hair and hair loss. You can read our published works on this website, or get in touch with us.

You will have come into contact with at least one member of our team, whether you’re a former patient or someone who’s dipping their toe to find out more about hair restoration options with Farjo. We work very hard to make sure that our team is carefully hand-picked and trained to be among the best […]