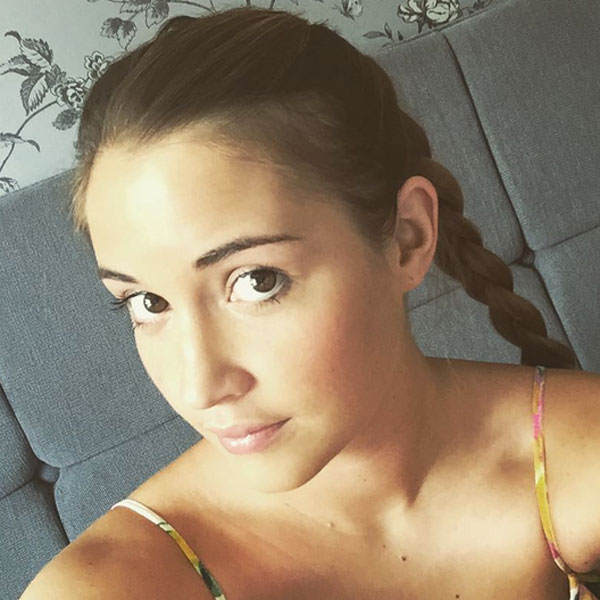 Eastenders actress, Jacqueline Jossa, isn’t one to shy away from expressing her love of motherhood on social media, but one of her most recent posts caught my eye.

The 22 year-old actress gave birth to baby Ella in February and last week took to Instagram to reach out to other new mothers suffering from post pregnancy hair loss.

Posting an image highlighting her noticeably thinner hairline, she wrote ‘for all the brand new baby mummies which may be losing some hair after birth, I am right here with you’. The post was met with over 16,000 likes and generated a huge response from empathetic new mums worldwide.

Hair loss after pregnancy is not uncommon, but fortunately, it’s also not permanent. The many hormonal changes that go on in a woman’s body can cause some unwanted, but often temporary, side effects.

In some cases, hair loss can be one of these. A common form of pregnancy-induced hair loss is postpartum alopecia. This condition may occur sometime after a woman has given birth – usually between two and five months – which is likely to be what Jacqeuline is suffering from. While the sudden loss of hair may be distressing for new mothers at first, it’s entirely natural and, in most cases, is nothing to worry about.

During pregnancy, oestrogen levels increase dramatically, which (much to the joy of pregnant women across the world) can cause an increase in the volume and fullness of hair due to the rise in production of hair follicles.

However, after birth, as your body’s hormones return to equilibrium, the fall this follicle production can cause hair loss at an amplified rate. This process is a form of telogen effluvium and affects around a quarter of women at some point during the months after giving birth.

However, if the hair loss continues for more than six months, there could be another cause for the condition and I’d recommend women then seek professional advice.