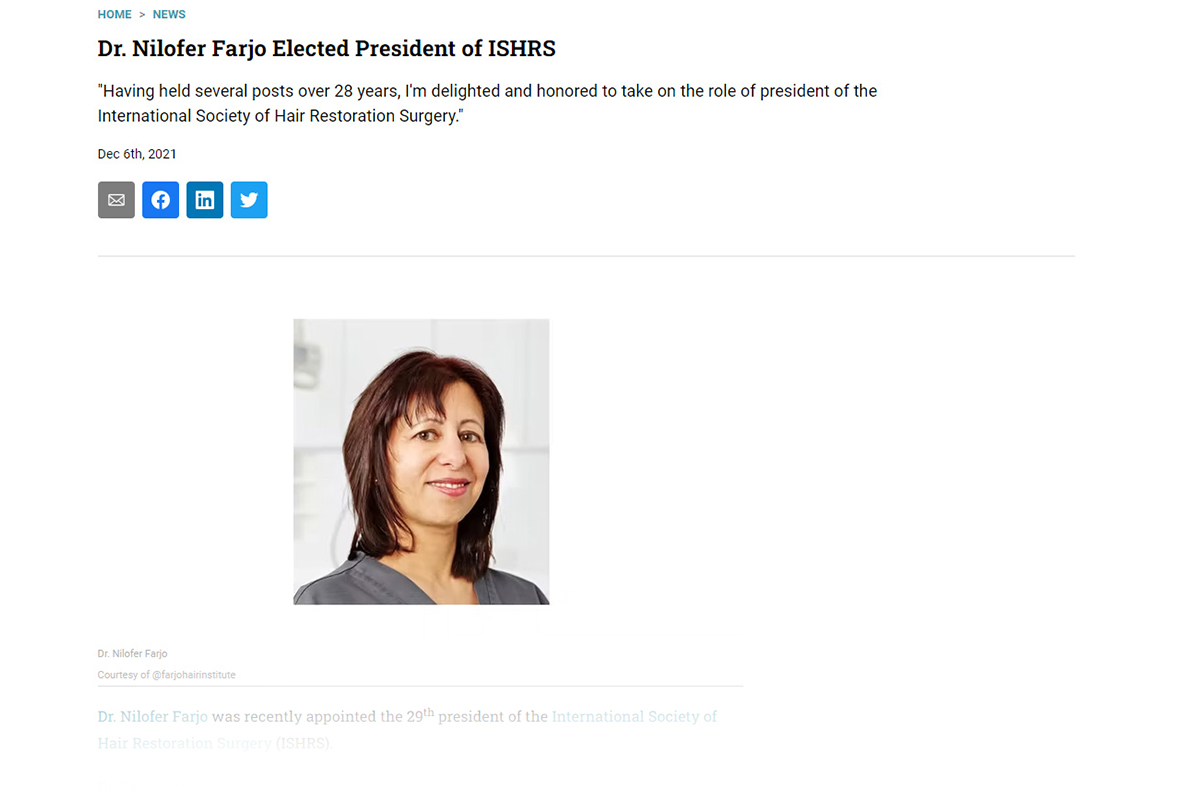 Dr. Farjo is the third female president in the society’s history, the fourth doctor from Europe and the first female from the UK and Europe.

Dr. Farjo has had an active role in teaching and research for the past 28 years. She is a member and past president of the British Association of Hair Restoration Surgery (BAHRS), a fellow and current vice president of the ISHRS.

She previously served as ISHRS Secretary, and was board governor for five years.

“Having held several posts over 28 years, I’m delighted and honored to take on the role of president of the International Society of Hair Restoration Surgery. I’m looking forward to continuing the mission of ISHRS in promoting the highest standards of medical and surgical outcomes in hair restoration through education, collegiality, research, ethics and public awareness,” said Dr. Farjo.

Dr. Farjo has a long list of notable achievements including: